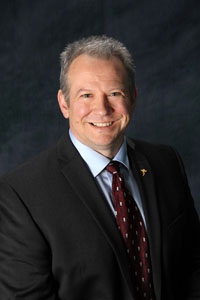 Howard Hadley, D.C. is a native of the Rochester, NY area, a 1982 graduate of Rush-Henrietta Sperry High School, and a 1986 graduate of the University of Rochester. In high school and college, he was active in many sports - especially bodybuilding - winning his weight class in both the New York State and USA Collegiate Bodybuilding Championships. This interest in health and the growing number of professional athletes maximizing their performance through chiropractic care caused him to look into the chiropractic profession.

After getting married, he and his bride moved to St. Louis, Missouri where he attended and graduated from Logan College of Chiropractic, specializing in the highly effective techniques of Dr. Clarence Gonstead (www.gonstead.com).  In 1991, Dr. Hadley moved back to Rochester to raise his family and proudly serve his community. 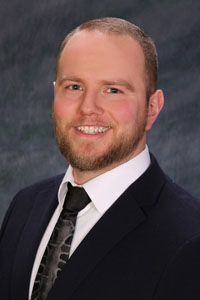 Harry Hadley, D.C. is a 2006 graduate of Rush-Henrietta High School and a 2010 graduate of SUNY Geneseo.  Playing lacrosse and wrestling through the high school levels and competing in Tae Kwon Do at the Junior Olympic level (3rd degree black belt) allowed him to experience firsthand the benefits of chiropractic care for a young athlete.

Always bothered and confused by the number of people who have never seen a chiropractor, it became his mission to teach as many people as possible about the importance of proper spinal health and the benefits of modern chiropractic care.  In 2015 he graduated from the prestigious Life University in Marietta GA, specializing in world class spinal (Gonstead, Thompson, Toggle Recoil) and extremity (CCEP) techniques, as well as the Webster Technique for pregnant women.

Clark Hadley, D.C., is a 2011 graduate of McQuaid Jesuit and a 2014 graduate of Nazareth College. He excelled in both lacrosse and piano, receiving the Howard Hanson award presented by the Rochester Piano Teachers Guild as well as being All League 1st Team Midfield (GRALL) and playing in the Rochester USLacrosse Senior All-Star Game.

His love for Chiropractic developed at a young age while working at Hadley Chiropractic, seeing the transformational growth that patients experience while under care. When he began his studies at Life University in Marietta, Georgia, he quickly began studying the Gonstead Technique due to the specificity of the technique and the ability to individualize care for each and every patient. This love of specificity and personalized care also led him to study Upper Cervical Chiropractic, focusing on the Toggle Recoil and Blair techniques. Clark served as a Teacher’s Assistant in Upper and Lower Extremity Adjusting labs (shoulders, elbows, wrists, TMJ, hips, knees, and ankles) for over a year while completing his education. Clark graduated Magna Cum Laude from Life University and was voted by his peers to receive the Philosophy of Human Existence and Health Care Policy award. Clark is passionate about educating his patients on their Innate ability to heal once interference is removed from their Nerve System with Specific Chiropractic Adjustments. 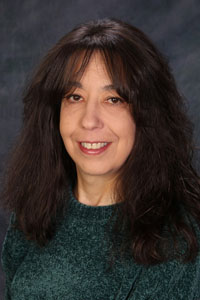 Gina has been the head chiropractic assistant and office manager at Hadley Chiropractic for over 18 years.  She is our master of insurance, sultan of smiles, and new patient advocate extraordinaire!